Call for help from Germany: Germany and Europe are affected by child robbery and serious human abuse 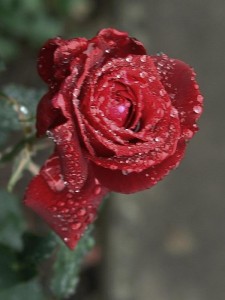 Washington D.C., The White House / The ARCHE, Germany. In reference to the Executive Order Blocking the Property of Persons Involved in Serious Human Rights Abuse or Corruption, issued on December 21, 2017 by the US President as of the Constitution and the laws of the United States of America, the CEO of The ARCHE, Germany, Heiderose Manthey wrote a personal statement to the President of the United States of America, Mr Donald J. Trump, concerning the Status Quo of massive human rights violations in Germany and all over Europe.

In his introductory statement of the Executive Order Blocking the Property of Persons Involved in Serious Human Rights Abuse or Corruption as published with Law & Justice he expresses:

„Human rights abuse and corruption and the values ​​that form an essential foundation of stable, secure, and functioning societies; have devastating impacts on individuals; weaken democratic institutions; degrade the rule of law; perpetuate violent conflicts; facilitate the activities of dangerous persons; and undermine economic markets.“

This will be the main focus of our excerpt.

The President expresses unequivocally: „I, DONALD J. TRUMP, President of the United States of America, find that the prevalence and severity of human rights abuse and / or corruption that have their source, in whole or in substantial part, outside the United States, such as those committed or they are threatening the stability of international political and economic systems.“

In consideration of these phenomena, which happen on a global scale, Manthey describes the present situation of Human Right Violations against children, parents and complete families through the family court system and the entire governmental structures that are affiliated with it (the so-called ‘Helferindustrie’ (“helper industry”) in Germany and in Europe.