Media to longe for politics – GEZ 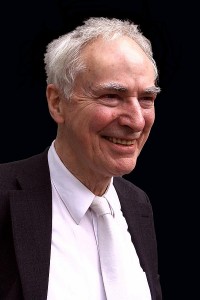 Bonn. The rationalist and movie maker Volker Hoffmann and Heiderose Manthey, Chairwoman of the ARCHE, educationalist and freelance journalist on their way to overcome kid – eke – pas child snatching (not only) in Germany – parental – child – alienation – parental alienation syndrome have met  the Avocat definitive, lay assessor Claus Plantiko in Bonn for a discussion on the issue of constitutionality in Germany.

This complex interview shall be published in several  sequences.

Citizens are holders of fundamental rights.

In written form: The Interview

Heiderose Manthey: Is main-stream media the perfect way to manipulate a nation and what is your opinion to the claims of the GEZ ?

Claus Plantiko: Certainly this is a serious violation of the constitution.

Public law of the federal  states concerning the broadcasting fees are based, unfortunately with approval of the Federal  Constitutional Court, on article 5 GG “Freedom of Speech”. They believe in the right to give the correct belief to the public. Article 5 of the constitution “Freedom of Speech/Opinion” means nothing but the right of defence of the individual against the state, against governmental influence. Freedom of speech is a fundamental right, which must, can and may be claimed of the government since the citizen is a holder of fundamental rights, and the government, respectively the federal states and the federal  government are obliged to the constitution, and therefore must grant freedom of speech and opinion.

Perversion of the constitution

What we  have is exactly the opposite: A perversion of the constitution in which the one who shall be granting the rights is turning law upside down, taking the position of the one entitled to these rights – illegally, unconstitutionally – and thereby forcing the citizen, the one who is entitled, into the correct opinion.

Perversion unlimited and everyone joins in !

The Tillessen-decree implies that the complete law that has been established by German Parliaments since 1949 is invalid since the Parliaments have been assembled unconstitutionally. Members of Parliaments are not only the members elected but, unconstitutionally various groups of executive officers holding the right to vote, the Chancellor, Prime Minister, Vice-Chancellor, Parliamentary Secretaries and Ministers, all of them part of the executive authority and based on article 20,2 constitution, separation of powers of executive and legislative must act as separated bodies which means against each other, following interests which are directed against each other.

“A union of executive and legislative powers”, so Mr Montesquieu (1) “can only end up in injustice.”

Which state is worse than Germany ?

Talking about true despotism there are of course states like North Korea…, here are only few murdered by the state, means the ones which are murdered by secret services, so that the Germans do not act like this. Otherwise the situation concerning the lack of rights, not considering horrible consequences like death and mayhem are extremely bad in Germany…. In  England, France, Spain and also the Scandinavian countries it is a better situation since they are more law-abiding and have a stronger bonding of the authority of the state to a sense of justice which means more certainty what is right and what is wrong.

(1) Montesquieu: „There is no liberty where you find executive and legislative authorities in one body“ – Vom Geist der Gesetze (De l’esprit des lois), XI, 6

(2) Montesquieu: „Within despotism it is just as dangerous if someone thinks good or bad, just the fact of thinking is enough to alarm the leader of the government.  Vom Geist der Gesetze (De l’esprit des lois), XIX, 27″