Time of pain, tears and longing

In Germany: Kidnapping from children and human rights crimes

.
Karlsruhe/Keltern. Two years ago, three erased fathers brought their situation to the attention in front of the Federal Constitutional Court in Karlsruhe: Separated from their children, they are identified as „feed“ for the judiciary and as „milking animals“ for the nation.

.
To the film on ARCHE VIVA Youtube  and Rastattt

The crime at kid – eke – pas: Destruction of children’s souls through arbitrary abuse

„In German family justice, the arbitrary and paradoxically practiced abuse of the (undefined) term ‚child welfare‘ destroys children’s souls. This crime happens when the child is estranged from a parent – usually from his father. Approximately 10% mothers are affected. The basic pattern of this human rights crime is always the same from Flensburg to Berchtesgaden and in German-speaking countries.

A billion-dollar market has spread around this criminal child robbery, consisting of pseudo-scientific experts with a monopoly-like position, poorly trained psychologists or not at all trained lawyers in the role of judges, procedural keepers, companions, youth welfare officers and and and. Process means on the way to alienation are procrastination of procedures for years, criminalization of parents and grandparents, arbitrary exclusions from handling, forced-accompanied handling with a ban on recording (against payment) and subsequent protocol manipulation, compulsory assessments without recognizable indication, threats, defamation, false accusations etc. collateral goals in this alienation process besides child robbery are the physical, psychological and social-financial annihilation of the parent in order to secure the income of the profiteers of this system.

The fundamental and human rights of both the child and the disposed parent are violated, e.g. the right to family life. It will take around 10 years before this is finally judged by the European Court of Human Rights in a final judgment by the European Court of Human Rights and is financially a ruinous undertaking. Until then, the child, parents and grandparents have been destroyed. District judges in the family court room in Germany defenselessly ignore ECtHR judgments from Strasbourg in ‚judicial independence‘. ”

Bernd Kuppinger, pap-a-ttack, twice successful at the European Court of Human Rights against Germany for violations of fundamental and human rights in German family law practice.

Karlsruhe/Rastatt/Weiler. They lose their house and yard, their jobs, their pension rights and go into poverty in old age after a ruined life: fathers and mothers in Germany who were chased by the mills of the unspeakable judiciary in Germany after having given their children by the other parent, by the Justice or were robbed by the youth welfare office. The Blue Santas climb on the cross to uncover human rights crimes in Germany! 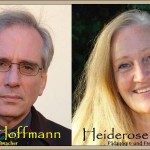 Volker Hoffmann and Heiderose Manthey made a film about pap-a-ttack’s KARLSRUHER KREUZ-ACTION. Bernd Kuppinger, two-time winner in front of the EGMR Kuppinger ./. Germany, describes its long and ruinous path through the wrong ways of the judiciary, so that it is finally not possible to see its son.

Father Achim and Father Klaus describe their bitter experiences. They all have one thing in common: They don’t give up !

Read the French contribution by our colleague Olivier Renault here.

You can find more photos here.

Greetings to all of us to survive ! We take our hands so that we can stand the pain of this war against our children through our own nation, through our own government !

Now the „holy time of tears and longing“ begins again ! Hold on !

This film was made two years ago in Karlsruhe before the Federal Constitutional Court.
The most important statements can also be found here.
Redistribution of the film via link is desired.
Copyright film: Volker Hoffmann, revolutionary city of Rastatt, info[at]videologe.de

ARCHEVIVA’s question: Who would translate the text of the video into English, Russian, Chinese and Japanese ?